‘Online privacy’ is not an oxymoron (but ‘ethical business’ damn sure is). 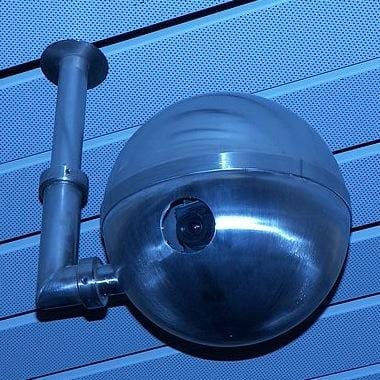 The days when you could anonymously visit websites about big-breasted women with glasses, or guys wearing diapers while getting spanked are fast coming to a close. Is it the end of the Internet? Not necessarily. But probably.

Thanks to browser cookies, Flash-cookies, IP tracking and a myriad of other surveillance techniques currently being abused by corporations and Homeland Security, the odds of someone not knowing about your predilection for being crushed under an Amazonian woman’s feet are not good. But similarly low are the odds of an unscrupulous Pharmaceutical company not knowing the results of your recent medical exam.

Welcome to a brave new world without personal privacy—Nineteen Eighty-Four is arriving a little late.

Recently, Eric Schmidt, the CEO of Google and now likely heir apparent and torch-bearer for their ‘don’t-be-evil’ mantra, said the following:

I think judgment matters. If you have something that you don’t want anyone to know, maybe you shouldn’t be doing it in the first place. If you really need that kind of privacy, the reality is that search engines — including Google — do retain this information for some time and it’s important, for example, that we are all subject in the United States to the Patriot Act and it is possible that all that information could be made available to the authorities.

This, ironically, despite that fact that in 2005, Schmidt blacklisted CNET for publishing info about him gleaned from Google searches, including salary, neighborhood, hobbies, political donations and reputed girlfriends. Oopsie.

Of course, let’s not forget his predecessor, Scott McNealy, former chairman of Sun Microsystems, who once famously commented, “privacy is dead, get over it.” Clearly, your privacy is not an issue of concern for CEOs of major tech companies.

In response, some guy named Schneier put it eloquently like this:

Privacy protects us from abuses by those in power, even if we’re doing nothing wrong at the time of surveillance … For if we are observed in all matters, we are constantly under threat of correction, judgment, criticism … We become children, fettered under watchful eyes, constantly fearful that — either now or in the uncertain future — patterns we leave behind will be brought back to implicate us … This is life in former East Germany, or life in Saddam Hussein’s Iraq. And it’s our future as we allow an ever-intrusive eye into our personal, private lives … Too many wrongly characterize the debate as “security versus privacy.” The real choice is liberty versus control. Tyranny, whether it arises under threat of foreign physical attack or under constant domestic authoritative scrutiny, is still tyranny … Widespread police surveillance is the very definition of a police state. And that’s why we should champion privacy even when we have nothing to hide.

But, since most of us are too lazy to protest the government’s continual intrusions into our daily lives, I offer some easy ways to limit the amount of info companies like Google and AT&T can glean from your deviant and sick surfing habits.

If you have any problems, just search Google for the answers. I mean, while that still works…