Why overpay to fly places you’ve already been before? 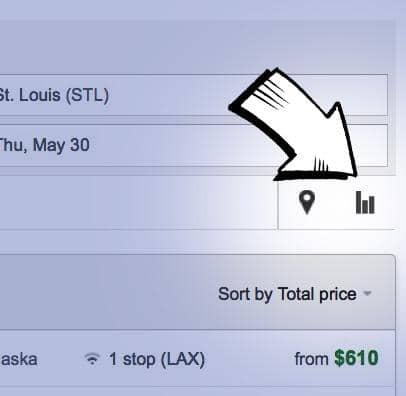 Do your parents or friends live too far away to visit by car? Does flying there on a semi-regular basis force you to pay exorbitant airline prices? Well, don’t disown them just yet (there’s plenty of time for that later). Because I just found a technology service that will save you tons of cash on the flights you take the most often.

For me, the whole point of travel is to go places I haven’t been before. I feel that it adds a certain mystery that you don’t get from places like “Home” and “Work.” That feeling of unknowingness helps to justify travel’s exorbitant costs.

So when I have to go somewhere I’ve already been — like to visit my parents or my wife’s parents — I don’t like paying full fare. It’s not that they’re not worth it, it’s just no one else wants to see my photos of them.

Before you write-off faraway friends and relatives as dead to you, or cut them of your life entirely (like we did most of ours), consider this easy way to find deals on the flying you do most frequently. The service is called Airfare Watchdog.

Frankly, this service is something I expected from the airlines themselves…years ago (and still do)! If they would mine their own data, the airlines could tell that my wife and I visit the same couple of cities semi-regularly. Knowing that, they could offer us deals to fill seats on planes going there. It’s a missed opportunity that the folks at Airfare Watchdog grabbed and ran with. Bully for them!

Also, check out Google Flights, a very helpful site where you can see the pricing of flights to determine which are the cheapest days to travel. The key feature is kinda hidden (see the arrow in this post’s accompanying photo), but it takes you to a graph showing prices for various days. Just put in the dates you’re thinking of going and you’ll see if shifting your dates could save you money on airfare. (We recently saved enough money to upgrade to EconomyPlus!)

Do yourself a favor and check out Airfare Watchdog and Google Flights.