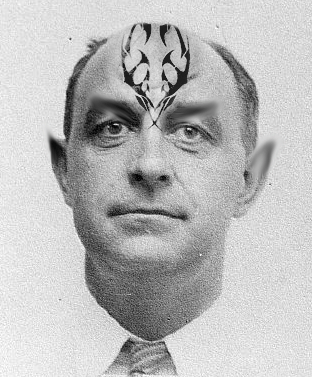 We just got back from watching J.J. Abrams latest effort, Star Trek, and enjoyed ourselves for the most part. Casting, I thought, was particularly inspired (although I did fully expect Spock to point his finger at one of the aliens’ heads, make an incision and take his super-power). The acting was also far more nuanced than that of the original series, largely due to the absence of William Shatner. And, of course, the special effects were top-notch, not surprising since the movie cost almost as much as the Republic of Kiribati’s GDP (it did, look it up). However, we did have a few issues with the plot afterward. One issue in particular could destroy all science fiction as you know it. 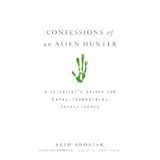 “Confessions of an Alien Hunter: A Scientist’s Search for Extraterrestrial Intelligence” by Seth Shostak

First of all—time travel, J.J.? Really? Again? Why has time travel become the “go-to” plot point for every sci-fi TV show and movie lately? It’s the lazy writer’s easy out. Yet it invariably involves all manner of time-space continuum problems that never seem to jive, like how young Spock and old Spock can co-exist in the same time-dimension without tearing the fabric of space a new a-hole.

But perhaps the biggest flaw in the plot—one carried over from the original series, granted—is that, as far as we know, no alien race does, or ever will, even exist. According to this article about the possible existence of extra-terrestrial life, Enrico Fermi almost single-handedly killed science fiction forever with one simple question.

FTA: There are an estimated 250 billion stars in the Milky Way alone, and over 70 sextillion in the visible universe, and many of them are surrounded by multiple planets. The odds of there being only one single planet that evolved life among all that unfathomable vastness seems so incredible, that it is all but completely irrational to believe. But then “where are they?” asked physicist Enrico Fermi…

Four possible explanations for this paradox are:

There are probably other explanations, but regardless of the actual reason no extra-terrestrial life evidently exists, it seems to me that humans should probably prepare for the worst case scenario (#1) and learn to live in harmony with the only advanced life-forms we are aware of, other humans.