I fly on United’s new “Dreamliner” and weirdly sleep through most of it. 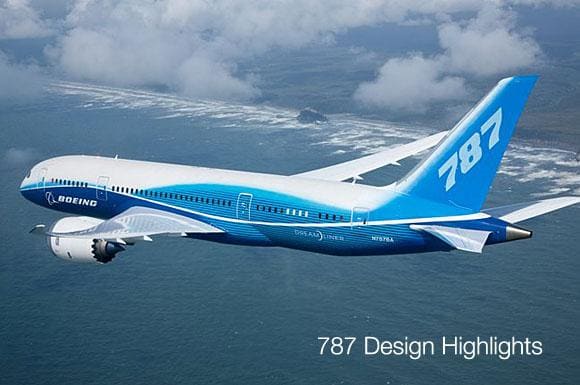 As a frequent flyer, I’d “listened” to United’s in-flight video about a billion times. In its latest incarnation, the airline boasts about their new flagship Boeing 787 ad nauseum, so I was more than a little curious when I unintentionally ended up on one recently. But is the “Dreamliner” all it’s cracked up to be?

In a word, yes. In two words, Hells yes. (This journalist was even happier to fly on the Dreamliner than I was.)

United’s new Boeing 787 airship is nothing less than a revolution in commercial flight, yet after costing Boeing US$30 billion in development, it should be. (UPDATE: Oops, seems like Boeing should’ve spent a little more on R&D…)

Now, I’m not sure how the plebeians in business-class, coach or economy liked flying on the 787, but I can tell you that in first-class, the experience was sublime. Or, at least it was until I quaffed two glasses of wine and reclined my seat to the full, down-right position (i.e. totally flat) and immediately fell to sleep — a feat I’ve almost never achieved on an airplane!

It was without exaggeration the best flight of my entire life, bar none. But the Dreamliner wasn’t just better in first-class. Many of the plane’s new features benefited the hoi polloi, as well.

Technologically, the Boeing 787 is 50% composite materials instead of aluminum, reducing weight, fuel consumption, and maintenance downtime. Its new wing design reduces drag, allowing the 787 to cruise at Mach 0.85 (630.3 mph!), making it one of the fastest commercial planes in the air. And its engine is quieter, and more fuel efficient for less environmental impact. In short, it’s better.

Upon entering the new Dreamliner, the first thing you notice is the lack of horribly outdated color schemes and mysterious stains in the carpets and seats. The plane was, if nothing else, brand spanking new — it even had that “new plane smell.”

The plane’s designers were wisely influenced by the lighting and aesthetics of Virgin America who pioneered the “neon-nightclub/lounge” look, and the effect works well here, too.

The soft LED lighting gave a brand-accurate blue glow that made the plane seem peaceful and inviting instead of Stalag-ian and depressing like most of United’s graying older planes. The lighting even changes gradually from day into night to simulate a full day so you don’t go postal on longer flights.

The Dreamliner’s larger-than-usual windows don’t have sliding shades, instead you electronically dim them by pressing a button below each window. This feature works better in theory than practice as the button only seemed to dim it during certain times of the flight. Either mine didn’t work properly or the effect was so subtle that I couldn’t tell the difference.

There’s plenty of space overhead for large bags because of a unique cabin architecture and bin design. However, as I’ve said before, carry-on bags are the bane of fast on-boarding and airlines should charge people to carry-on bags instead of charging to check them.

More importantly, the 787’s stronger composite fuselage allows the cabin to be pressurized to 6,000 feet — 2,000 feet lower than most other aircraft — so you get fewer headaches, less dizziness and fatigue. Plus, the 787 senses turbulence and controls the wing surfaces to counter it, so you get less motion sickness, too. Finally, they’ve even reduced engine noise inside the cabin (still haven’t done anything about child noise, though). All told, this amazing plane is a quantum leap in making air travel not totally suck. Well done, Boeing!

Unfortunately, our next connecting flight gave us the unwanted opportunity to directly compare and contrast the new Dreamliner with United’s other workhorse, the venerable Airbus A320…and it was not pretty.

After experiencing the Dreamliner, the A320 is an insult to commercial air travel (at least the way United utilizes them). Though we were ostensibly in first-class, there wasn’t sufficient legroom to walk past my wife’s seat without literally climbing over her — are you effing kidding me, United? If I had paid for economy seating I would’ve expected shitty seating, but for what first-class costs, I expect more. A LOT more.

Considering that we paid the same upgrade price for each leg of the flight, the difference in experience was ludicrous — did I mention that in the Dreamliner, I could LAY DOWN? Prone! Yeah, now that’s first-class.

Now that I’ve had a taste of the Dreamliner, all other planes, quite frankly, suck. Why aren’t you crashing those Airbus A320s into the ocean (empty, of course) and replacing them with those sick, new 787 spaceships?

Okay, okay, I get it. The 787’s new and hot and every airline wants them so the dealer’s are probably playing hardball and insisting on sticker price. And you don’t wanna pay sticker because you’re not a bunch of suckers. I get it. You want to wait for a deal. Fine.

But, in the meantime, what say you bring the experience on your other planes up a bit more (okay, a lot). I mean, sufficient legroom seems like a cheap, easy way to quickly help justify the first-class upcharge. And while you’re moving the seats, why not replace them with the kind that have a (free) DirectTV in the back of the headrest? I’ve seen that in other planes.

C’mon, United! Those crappy old A320s are killing your brand, and making you look like you don’t care about your passengers. What are you turning into, American Airlines?