Bringing back the Golden Age of Flight: A one step plan for greedy airlines. 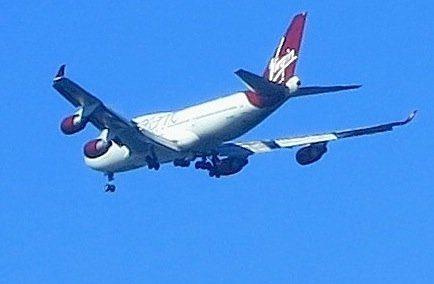 As an experienced leisure and business traveler, I’m constantly amazed at the way commercial airlines have regressed over the years. This once-glamorous industry has shot itself in the foot time and time again. Well, without being asked, I’ve come up with a solution to the industry’s biggest, unaddressed problem: Luggage.

Originally, the idea of commercial flight was simple and elegant: You bought a ticket, they took your bags, you boarded the plane and they treated you like a guest at a five-star hotel — it was a golden age of flight. All very civilized and, apparently, too expensive.

In an effort to save money (and lower fares), the airlines started looking for areas to “economize.” This involved doing away with such “non-essential perks” as blankets, pillows, legroom, drinks, peanuts (Pretzels? Seriously?), and humidity.

Having successfully reduced the experience of flying to that of a Greyhound bus, United, Delta, USAirways, American Airlines, and the rest looked for more ways to extract money from their passengers. Some genius then thought, “Hey, why is their baggage getting a free ride on our planes?” Starting in 2008, passengers were charged as much as US$100 in additional fees just to bring along a change of clothing.

Back in the day, passengers always used to check their bags. Always. But then the airlines started damaging passenger’s luggage. Or worse, losing it. The problem was so common, in fact, that “losing luggage” became a staple of every comedy act. And as a result, more people started carrying their bags on-board with them.

This trend didn’t cause problems as long as passengers who carried their bags onboard outnumbered the ones who checked their bags.

Not surprisingly, charging passengers to check bags threw the whole process out of balance. The unintended — but entirely predictable — consequence of this decision was to dissuade passengers from checking bags at all.

In no time, everyone began carrying bags onboard. Or at least they tried to. Invariably, the overhead holds of even the largest planes would quickly fill up, forcing the crew to catch carry-on bags at the door and check them anyway — ironically, for free!

So today, the airlines have a worse baggage problem than a stripper whose mother committed suicide and whose father was an alcoholic priest: Why pay money to check a bag when you can jam up the system and force the airline to check it for free?

It’s a problem the airlines haven’t solved yet, but the solution is fairly simple: Airlines need to start charging people for carrying bags onboard, not checking them. Without carry-on luggage, even feeble older passengers and hyperactive children could be boarded, settled and ready to fly in only a few minutes.

Airline and passenger morale would improve, flight attendants would be less prone to snap, and other flights wouldn’t be stuck waiting on the tarmac for their gates to open.

Shlepping luggage aboard is a major inconvenience to everyone else. By encouraging passengers to check their bags instead of carrying them onboard, the airlines would be instantly more efficient, punctual and profitable.

They’d be more efficient by leaving the baggage handling to the baggage handlers, freeing up the highly trained flight crew to stay focused on what’s really important: Not crashing the plane!

The airlines would be more punctual since no one would have to wait for stupid passengers to figure out how to put their golf bag and steamer trunk into the overhead cargo hold.

And the airlines would be more profitable because they’d save costly fuel by not having to “make up time” after countless late departures.

Yes, with this one tiny change, the airlines would do away with long lines in the jetway, angry passengers, wildly padded departure and arrival times, extra hours for cabin crew, and about half the material in every comedy act.